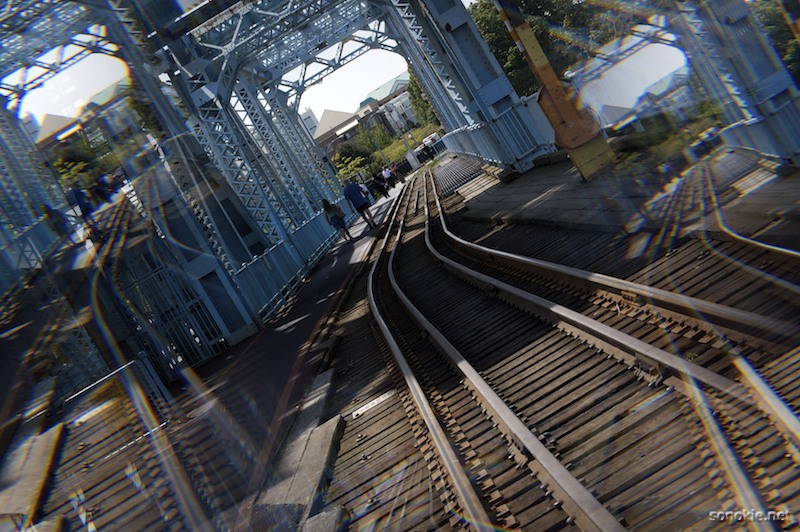 Another photo I took through a kaleidoscope filter. City council decided late last week to replace this bridge at a cost of $63 million dollars -- more money than any other project in the entire history of the city -- and they're going to do it without a referendum, though there was a referendum on the original bridge back in 1920 and the most recent expensive project -- the $28 million dollar arena -- had a referendum back in 2003. The existing bridge can be repaired for a lot less than $63 million, meaning taxes won't have to be raised and other projects can go ahead.

Now, when I say there isn't a referendum on spending $63 million dollars that's not quite true -- there could be a referendum, but in order for that to happen 6.343 citizens must sign an "Elector Response Form" requiring the city to hold a referendum. Download a copy of the petition form, sign it and drop it off at city hall, or better send it in to the folks at johnsonstreetbridge.org.