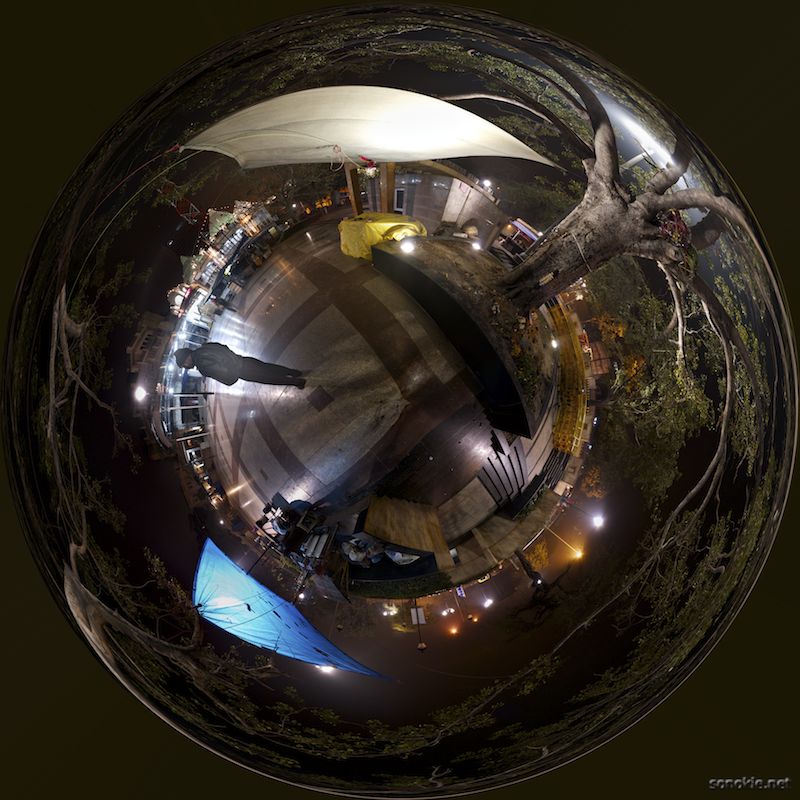 The man in the middle of the photo there was our rickshaw driver, and just above him is the Hanuman Mandir (temple). As you can tell, it's late at night. As I was finishing taking the photos to make this panorama, a bunch of guys came up and started talking to me. One was drooling on himself and obviously on drugs. He told me that some people are poor and I should give money to the monkey, which apparently meant I should give money to him, probably for drugs. The rickshaw driver said we should go, and it was turning into a bad scene, so we left. The guy kept following us back to the rickshaw asking or demanding money even as we left. There were a lot of homeless people camped in the area (the blue tarp, and under a concrete thing you can't see in the photo). There's a lot of poverty in India and it's tough. The guy on drugs must have been homeless too.

I wanted to take the photo closer to the temple, but I've developed a pretty good sense of what works well in these panorama photos and putting the camera next to the tree made a better photo.