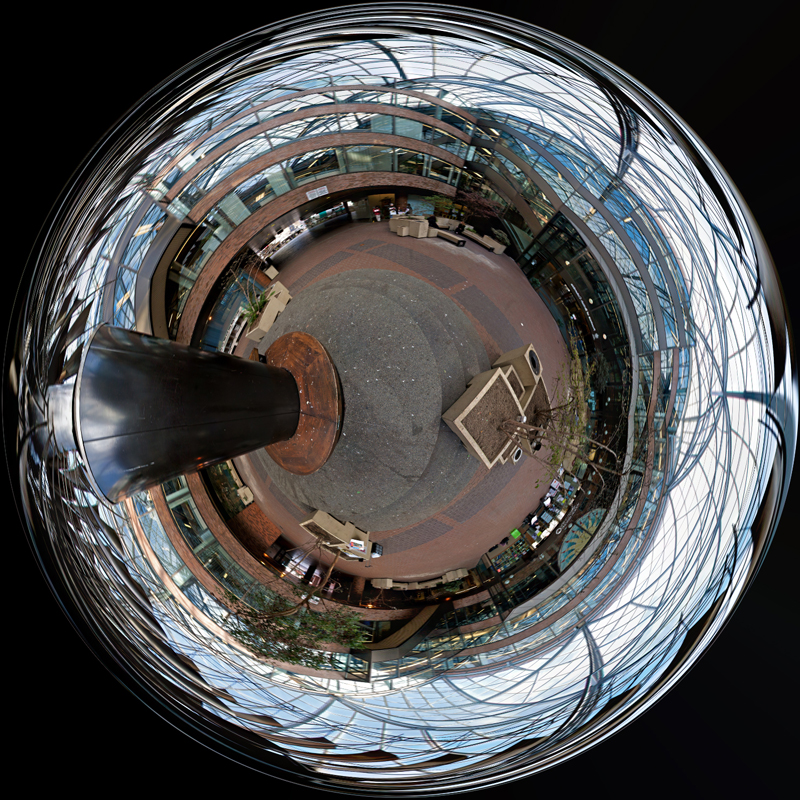 Above, a polar panorama of Victoria's Central Library. Below, the same panorama as a Quicktime VR. Click and drag to look around.The library workers are on strike, so when I was setting up my tripod, a couple ladies marched over and demanded to know if I was going to photograph "the front door." I couldn't tell if they wanted a photo or wanted me to go away, so I said I wasn't photographing the door, but was photographing the whole place. That either satisfied or confused her and she left me alone. People who get over-excited about photos annoy and confuse me. First, I don't photograph strangers anyway, but you're out in public and everyone can see you, so a photo isn't going to make much difference. Second, there's surveillance cameras all over and nobody gets excited about that even though they take video. Third, I've read a lot of cases of police and mall security types going overboard when they encounter photographers because they think we might be terrorists. This 'terrorist' thing is out of control; maybe it's time for a reality check, eh? The only thing I shoot with my camera is pictures.